Be careful when reading Spike – it might just change your life for the better.

Here is an extract from my book, Spike.

Ashley had been a little tense and disengaged since arriving a bit late for the photoshoot we had arranged some time ago. As I witnessed on the run up to his really big fights, despite having started to become a naturally charming and articulate man, boy could he quickly close down!

The studio was a bright white but spotless. It somehow felt welcoming and without pretension. The atmosphere was instantly informal and understated. Ashley was carefully taking it all in.

Amit was off. He was all smiles and self-deprecation. His admiration for the British light welterweight boxing champion was genuine and he used that authentic fuel to break Ashley into a smile and in a flash, he was changing for the initial shoot.

Naroop, Amit’s partner in this successful celebrity photography business was also hard at work. He was making adjustments to the studio that would fit the quiet but muscular personae that Amit was dutifully becalming. 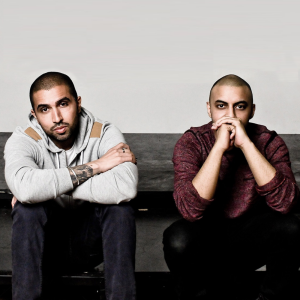 They were instantly synchronised and at one. This was no accident.

Ashley looked fabulous in his bespoke suit that had been delivered an hour ago by Christopher Childs, the master tailor. Chris was carefully attending to the look, the fit and comfort of Ashley’s wardrobe. This was not work for Chris, this was his wonderful Spikes at play. Calm, unruffled whilst being meticulous and demanding of himself. He had also caught on that Amit was at his mesmeric best and his fingers danced under the positive vibes that had been created.

The studio now felt full but not crowded. No matter how many people might be in the room, this will always be Amit and Naroop’s territory. It was raw and minimalist without fuss or bother. A place for personalities to really want to come alive.

Ashley was now completely in tune and his presence and humility had all in the studio smiling and wanting him to succeed.

Everybody appeared to be on top form. Perhaps because each were exposing their natural inherent strengths – their Spikes. The atmosphere was electric and everything from there just appeared to happen as it should and seamlessly.

Amit and Naroop just know each other so well. They both do the things that they are outstanding at whilst the other reciprocates, whilst being empowered by the authentic excellence of the other. Great complementary Spikes in action.

Chris was all ‘laser focused’ attention to detail. Every now and again he would step forward and make minor but telling adjustments that no one else had noticed but all appreciated the quality of the intervention.

My team had performed all the planning and wanted to be present at the shoot. They had experienced two sides of Ashley. He could be prickly and adversarial without ever being provoked, especially as he entered the final weeks of training before a fight. But they had also experienced a more appreciative and humble man who respected all they did for him, and always found the time to express his gratitude. For them he was an enigma, but they all could not help liking him.

Amit received a signal from Naroop and he was away. All banter and cackling laughs with his audacious smile. The camera was an extension of both his hands and his eyes. He had Ashley posing stylishly, languishing against the wall and all the time, his smile widened. This was more than poetry in motion and they were soon trusting each other with each-others needs and desires.

Naroop was nearly still as he silently orchestrated all the technology at his fingertips. His fingers would suddenly leap out and caress the keyboards.

Amit worked so hard under the spotlights and kept a beat going that had completely enchanted Ashley.

He suddenly said “last two”, and then stepped over to hug Ashley.

My team broke out in spontaneous applause. The studio appeared to take a bow for serving up such satisfaction.

I asked for two chairs and instantly sat Ashley down and started interviewing him. He was in his element and his raw unbridled authenticity tore at the cameras. He was just being who he had always begged to be. The positive atmosphere had given him the permission he had never given himself.

He ate through the questions with his dreamy smile alternating with his more serious side.

It was a broadcaster’s dream. Hard hitting questions elicited spontaneous and honest responses. It would become the ‘platform’ of the marketing campaign and brand positioning we had charted for him.

Amit and Naroop, are the most symbiotic of trusting relationships. They bring alive not just the instant empowerment of identifying and playing to your own Spikes, but the unending multiplier effect of having complementary Spikes harnessed and in action.

They soon had a few shots from the day for us to view. Wow! Nothing but Wow!

Chris still had his mega Spikes on display that worked so well with my ‘big picture’ briefings and commentary with our clients. This would give him both the benefit of having a similar understanding to the client but also the ‘air cover’ that enables him to completely absorb the detail of the mission.

Ashley just needed someone to really believe in him, that alone unleashed his unmissable Spikes. 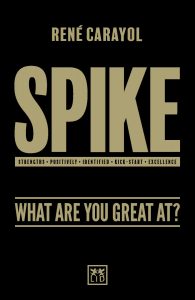 Spike has been written to change our mindsets from the overbearing obsession with everyone’s limitations. From academia through society and business, there is an unhealthy fixation with uplifting the things we are not so good at. Spike will provoke you to focus on the inherent strengths we all have inside of us but are rarely unlocked or liberated.

This simple philosophy is both straightforward and compelling. It will change your life for the better and help change the lives of all those you care for.

“If everyone is moving forward together, then success takes care of itself.” – Henry Ford

The above is an extract from Chapter XV – SHAVE STANDARDS – SHOOT FOR TOTAL COMMITMENT.

Preorder the book from Amazon now